Many apologies for the lack of posts but Murawski Miniatures has been very busy, as has my "real" business.  Added to that I actually took 2 weeks off at X mas for my first real holiday in over 5 years. Boy I need it.

During the holiday period the incredibly talented Francesco Thau sent me the pictures below.  I have more greens to get cast for marching campaign / great-coated / retreat-from-Moscow Poles, including a full command pack. However, I also received some incredibly sad news in that Stewart Griffin, who does all my casting passed away in December.

This wont affect the Murawski Miniatures business but as my requirements are not urgent I have informed the company I can wait as they have a massive backlogue of orders.  So, please bare with me, 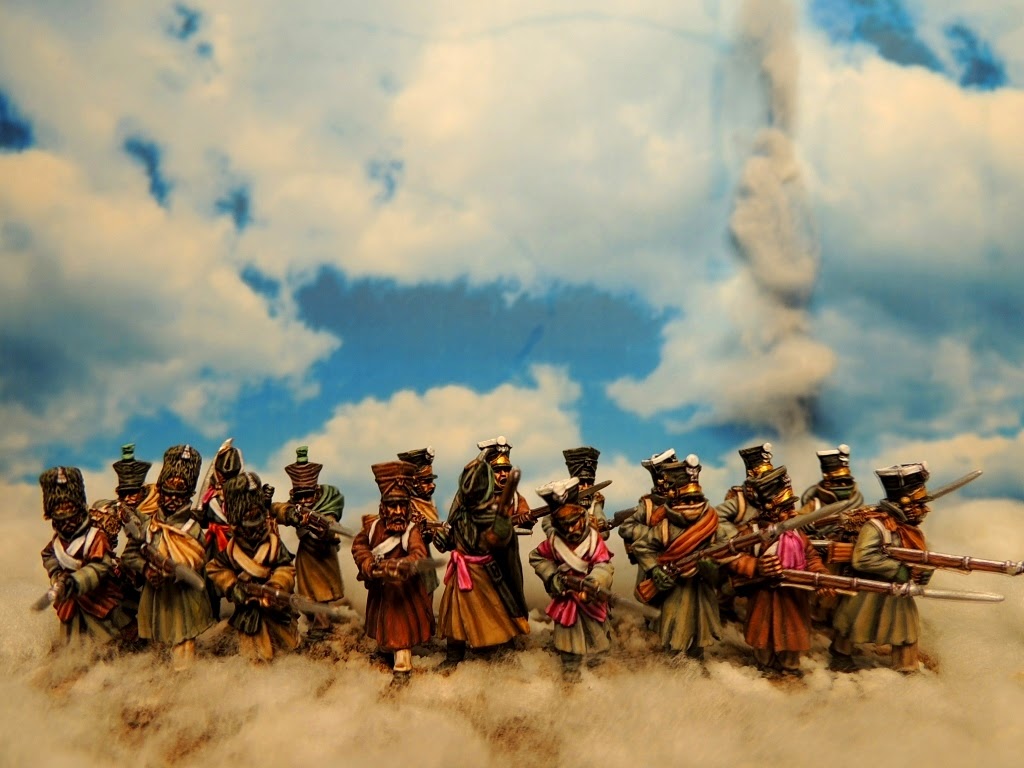 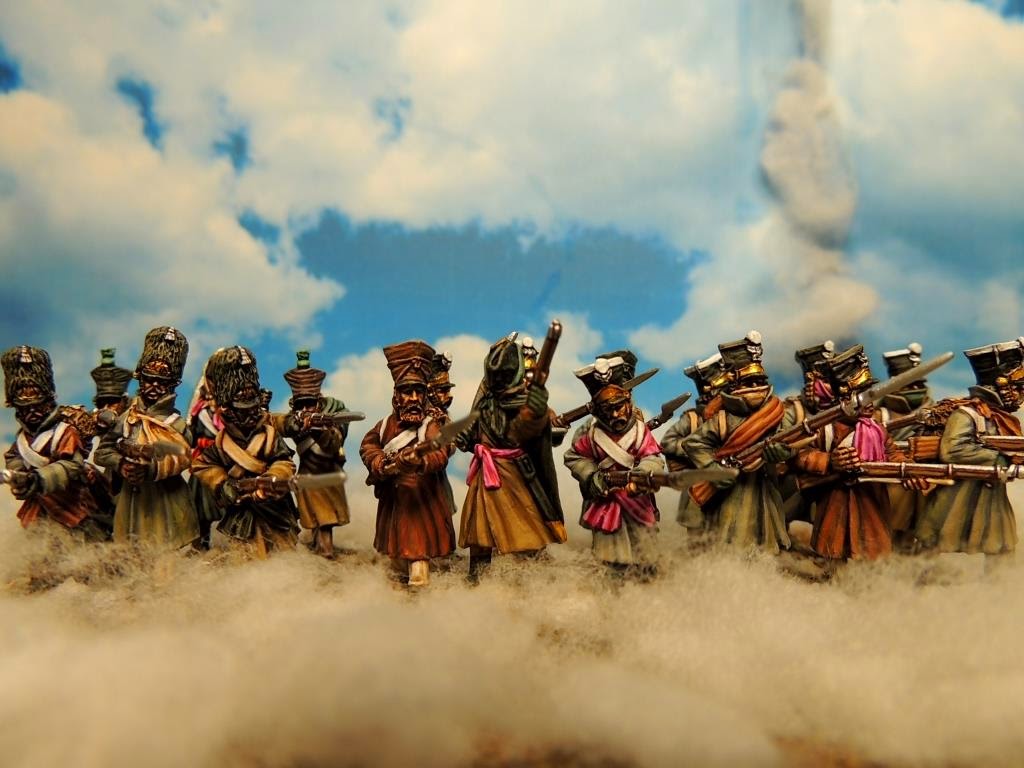 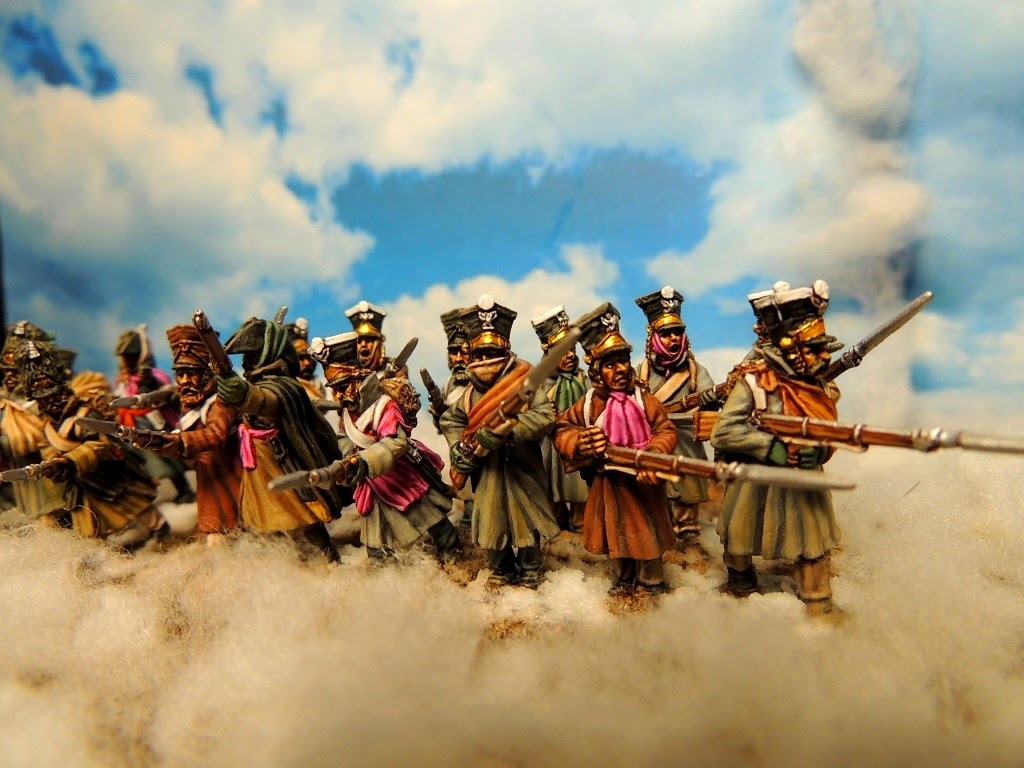 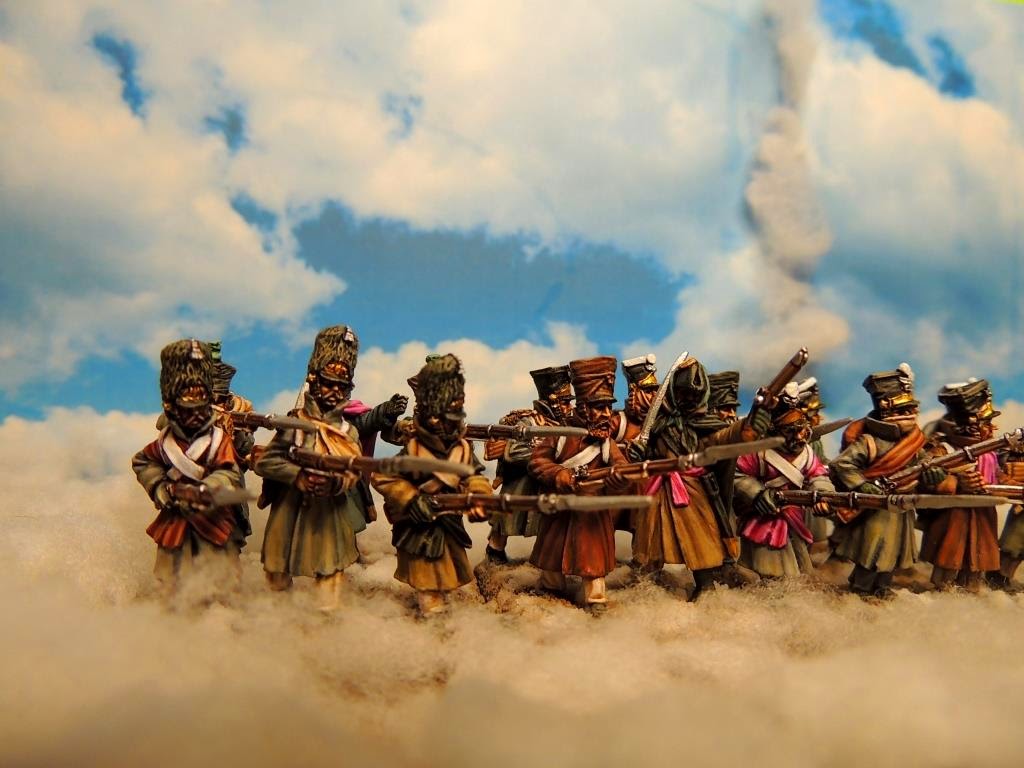 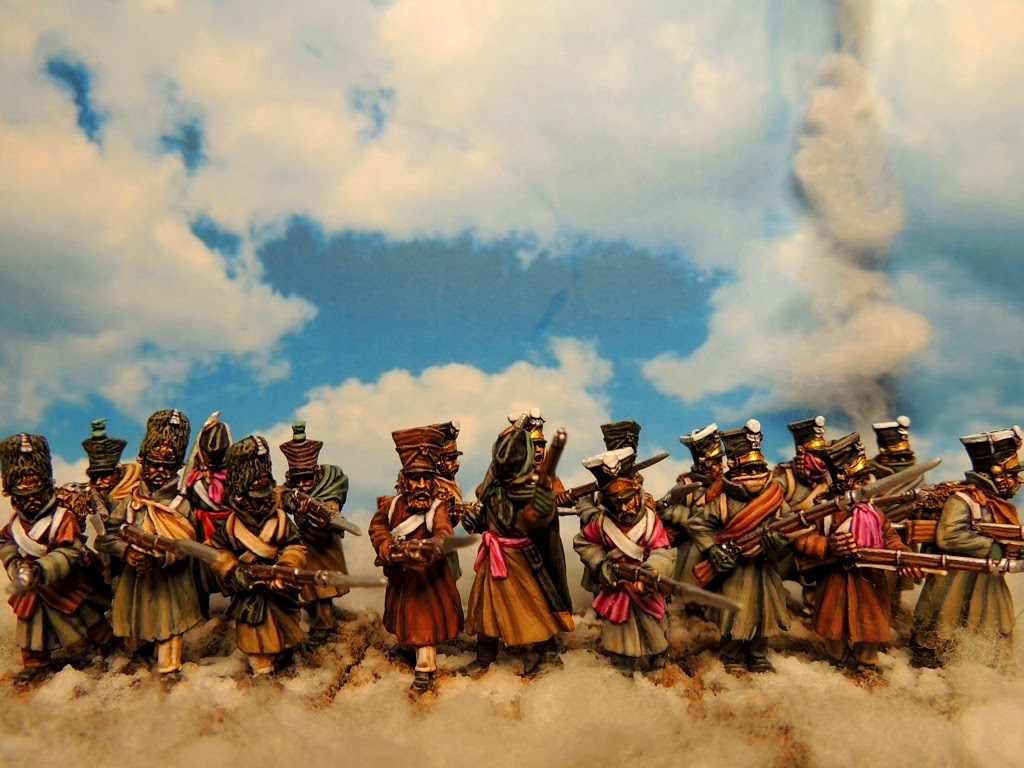 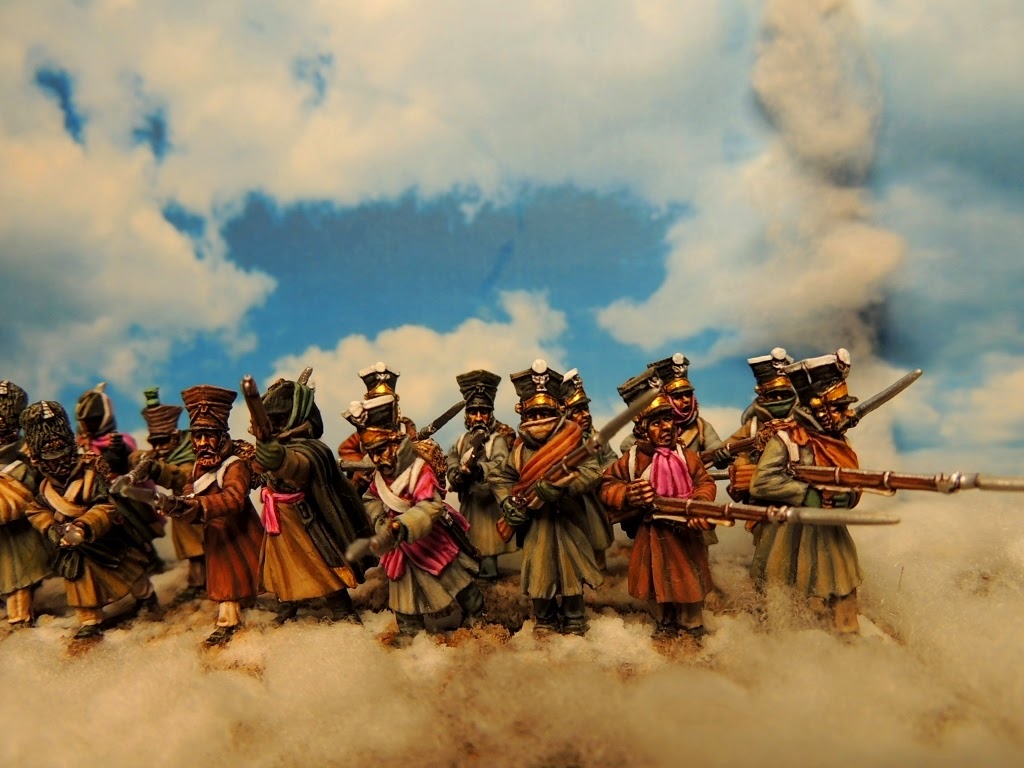 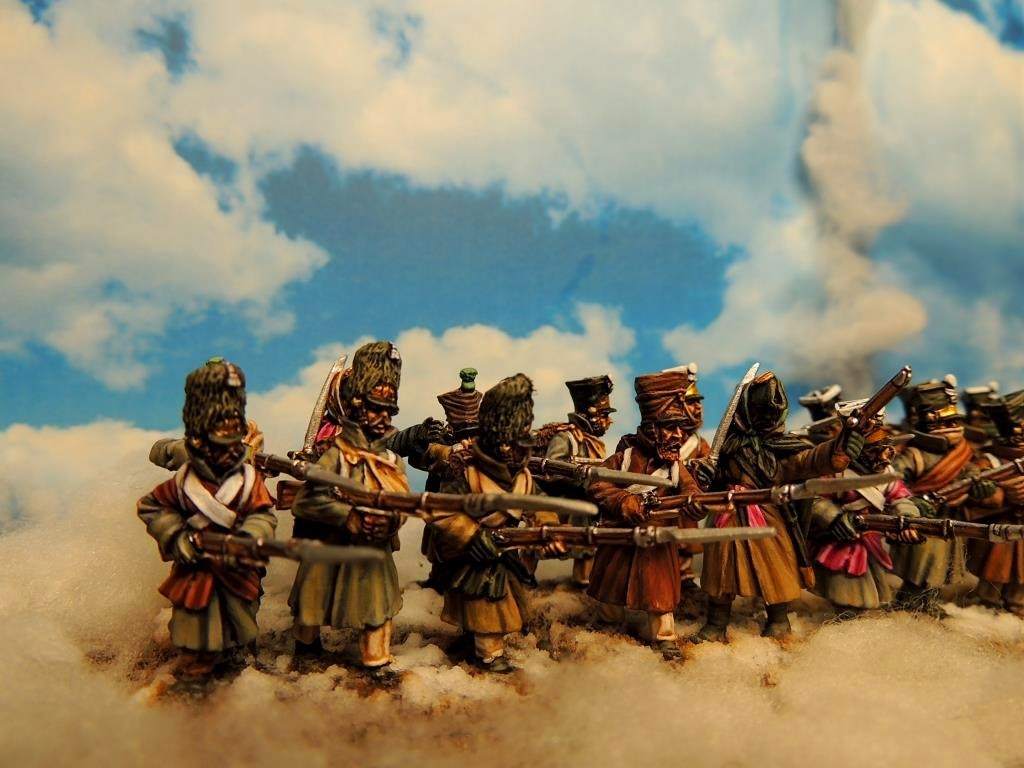 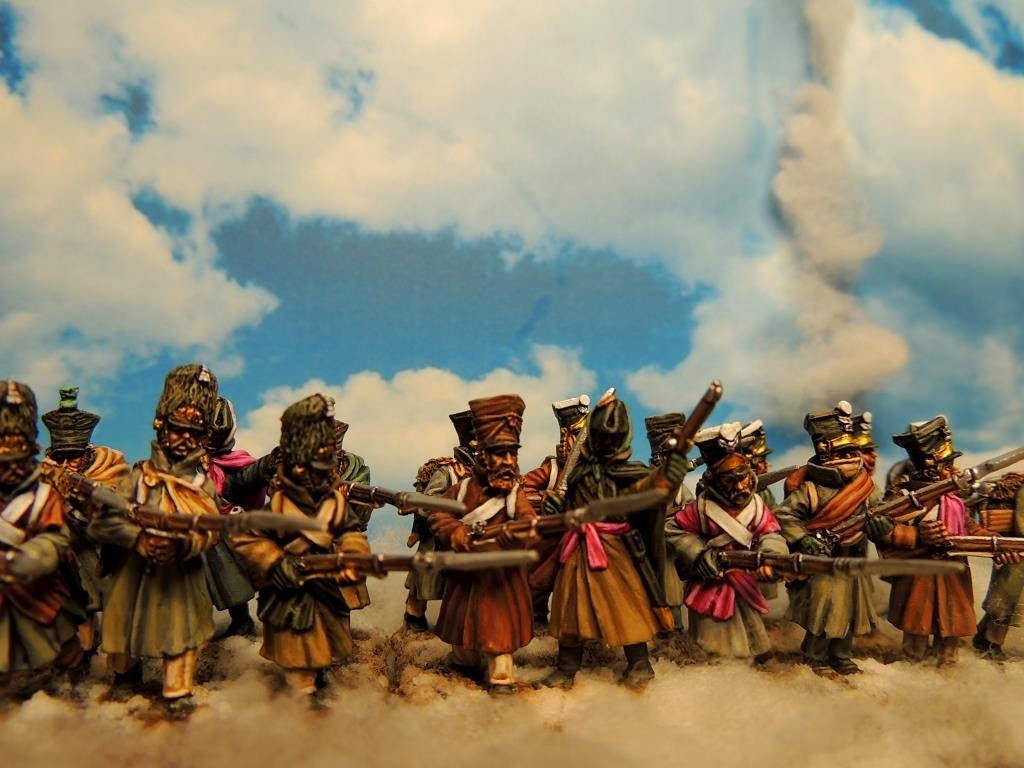 I'd like to thank eveyrone who has supported Murawski Miniatures in 2014. It really is appreciated. I dont actually make any money out of this, in fact its a massive drain on money and time. So your support is what keeps me going.

One last note to viewers of Fox News in the states.  I lived and worked in Birmingham in the UK for ten years, went to business school there, and even played rugby for Birmingham Solihull.  It isnt a no-go area for non-Moslems. In fact, and based on my experience, I can honestly say some of the friendliest people there are from the  Moslem community. And as to Moslem police enforcing dress codes etc in London I do wonder if anyone from Fox News has actually ever left the US, let alone been to London.  My advice to anyone taken in by that utter load of bollox is to travel more and see for yourself, and dont watch that Murdoch owned comedy channel! Even the bloody Simpsons ridicules it and they are shown in Fox!