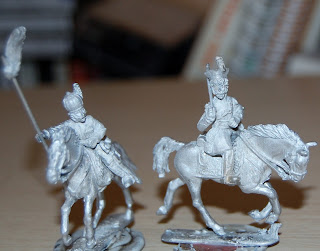 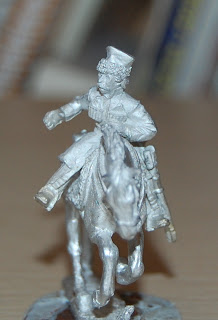 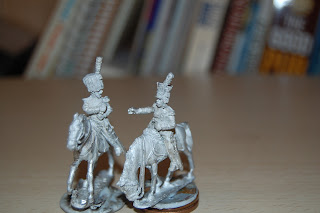 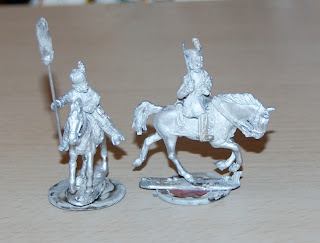 There have been some comments about the size of the horses due to one quote from Napoleon about them being "pygmies" before Bautzen. Well, all I can say is that the plates I've seen show Krakus uniformed and on light cavalry horses.  Due to their success as battle cavalry I would assume there were differnces between "peasant"" troops who brough their own ponies and those who were mounted in line horses. 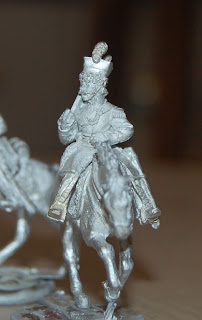 I've gone with the line horses and I am happy with the result. 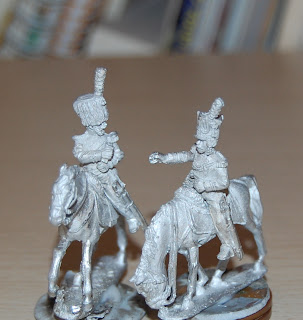 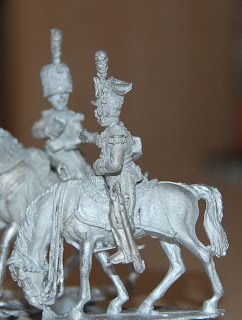 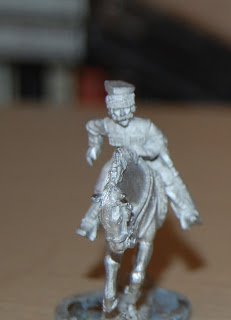 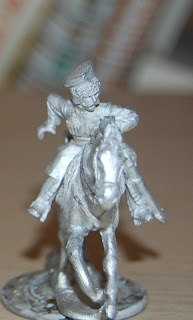 Hope you like them; they are available from me now. Uhlan's should be ready before too long.﻿
Posted by RTB at 11:55 6 comments:

For some reason blogger wont let me import pictures from my computer to the blog - when did this start?

Paul Hicks designed Krakus and Divisonal command are now ready!  I'll be painting some in the next couple of weeks.

If you would like pictures of the bare castings then please email me at: