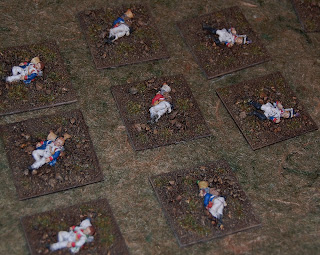 These were all touched up, with may be some more highlights, and softening of the "goo".

They were matt varnished and all based to my usual method. 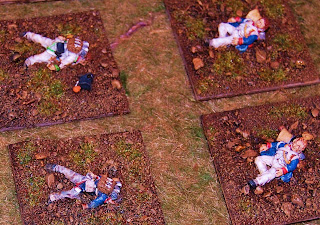 Total time was 20mins per figure. 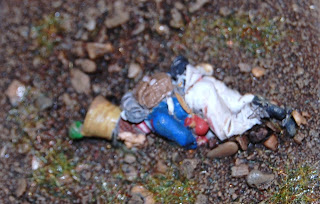 Would I switch to it? 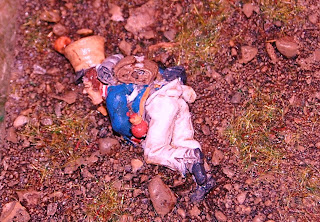 No. I paint for pleasure, but I can imagine that you can get some good results if you play around with it. And if it means gamers can get better quality armies on the field then why be so snobby about it? Its a good product. 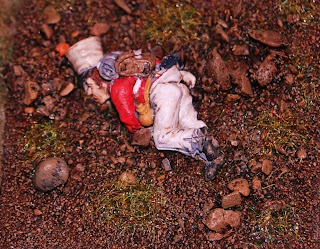 This Swiss could have been very good if I'd spent more time on him. 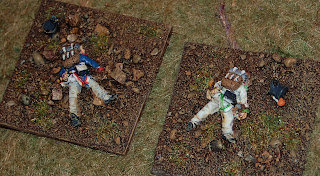 White jsut doesnt work for me.

After my matt varnish accident I am waiting for non humid conditions here at RTB mansions before I complete my army painter experiment and base my Italians.

As you can never have enough Prussians please see some recent pic's of the Prussian horde.
My favourite unit 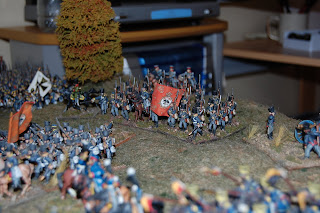 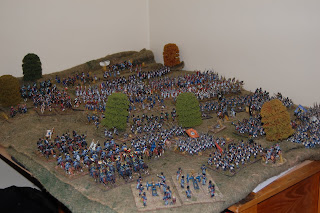 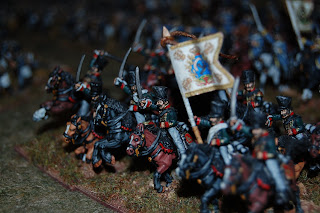 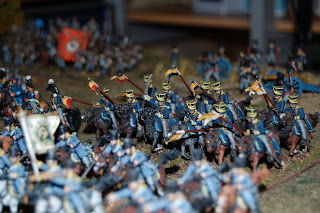 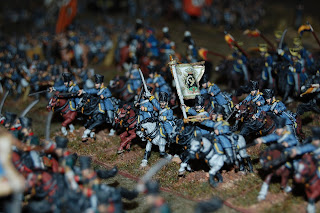 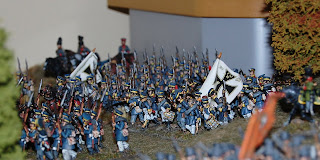 First of all a quick picture of my white undercoated Italians. I am moderately chuffed with them. Andrea white is the way forward! Thank you Martin Von Kelly! There will be more pic's of these once I've based them etc.

Now, we've all heard about this magic tool called army painter. I was dismissive until I read an article by the chap who paints for Warlord Games and the chariot he did. So, I thought lets see.

I have / had no intention of using it to replace my usual style, but thought it may have uses for giving depth instead of inks, details on brown, toning down fleshes and detailing muskets. So I gave it a go. 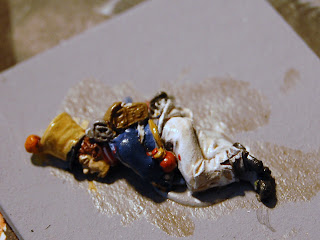 I have a load of Foundry French casualty figures and I thought why not see what happens. So I blocked in the basic colours and away you go. I used a grey undercoat by the way. 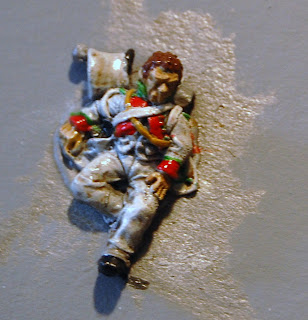 The whole lot took about 3hrs from start to finish and there were 12 figures. 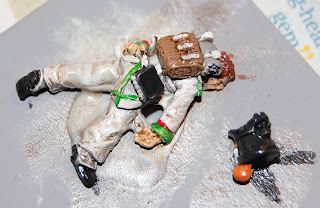 I was deliberately not very precise as I wanted to see what happened. 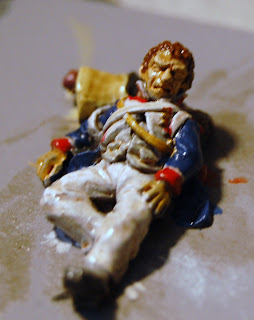 The Swiss came out the best (use for red methinks) but not exactly blown overboard by it ever for use with casualty figures. 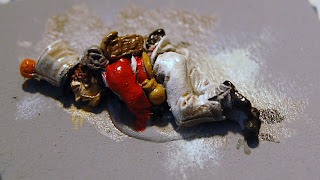 And white is a no no from what I can see. 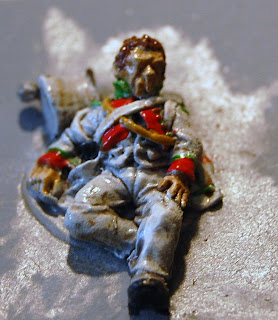 I am going to spend an hour or so tarting the figures up, will matt varnish, do the bases and report back but at the moment its anyone want to buy some army painter off me? 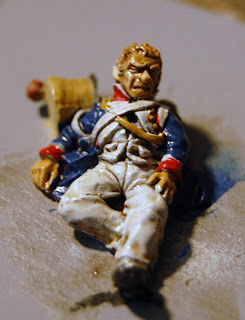 As many will be aware, one the policies Obama pledged to undertake when he was elected was to introduce a universal health care system in the states, as the yank system basically means if you aint got cash you don't get treated. This system is fantastic for chemical companies, health insurance, doctors and, gulp, lawyers (Giles - you could make big $$$$ there), marketing people (except nice people like me of course......)

If you have read the newspapers you'll know that the rabid US right (58% of whom don't actually believe Obama is an American and shouldn't be allowed to president,and I think about 70% believe the world is only 4,000 years old etc) are attacking the British National Health Service. Some recent attacks include:

The British embassy is more or less countering every point, but has to remain politically neutral.

I know the NHS is not perfect, but it provides fantastic health care for the vast majority of the population, is vastly under financed, allows people to choose to pay if they can afford to / want to, and if you look at whats happening in Wales now you'll see how it should be run (English villages on the borders asking if they can be Welsh of all things). But, lets forget arguments, and dwell on three facts:

So there you have it. Just when you think yank land is getting sane and rational, you get states legalising carry guns out in bars when people are getting pissed, and now trying to introduce a health care system that is cheaper, and will save lives, is evil.

Good old diddy David Cameron, the first Old Etonian Man of the people, has to his credit tried to re-invent the Conservative party as a centrist liberal organisation. The only really piece of total madness is his European strategy.

Basically Dai has taken the Conservative out of the largest centre right grouping in the European Parliament and aligned them with a cross section of euro-lunatics. The reasoning, I would assume, behind this was to demonstrate his euro-sceptic credentials when he has to battle his own right wing over social reforms. There have however been a couple of spanners in the works of this piece of political genius: the Poles.

First of all the Polish Freedom and Vodka (or whatever they are called) party have demanded the leadership of the grouping even though the Tories are by far the largest party (all due to shenanigans by pro-European Tories), and now the leader is on record (he is also on record as being anti-gay etc) as being totally pro-Europe! Apparently all you had to do was go to the English section of his parties website and you'll see that the party is not anti Europe or the anti new treaty at all!

Its not really a surprise that the Tories have f*cked up big time here (alienating the centre right in Europe, making themselves the laughing stock, loosing all credibility etc) when you realise the political genius behind this is none other than William Hague! Aka the only man in Britain who actually thought the Tories had won 2002 general election! More Hague ideas and Labour may win the next election after all .

The total for 2009 isn't too bad actually, especially given that I went self employed, still suffering from a slipped disk in my neck, and the demands of the two ladies in my life (wife and cat in that order unless the cat is behind me..............).

Totals so far are:


I am also currently 90% of the way through painting my second regiment of Victrix Italians.

I am quite impressed with those totals given that I only paint for an hour or so each night, may be a couple of hours at the weekend, and have other interests as well - wine and rugby mainly.....

Italians should be next up as am totally disenchanted with politics at the moment.
Posted by RTB at 12:20 1 comment: